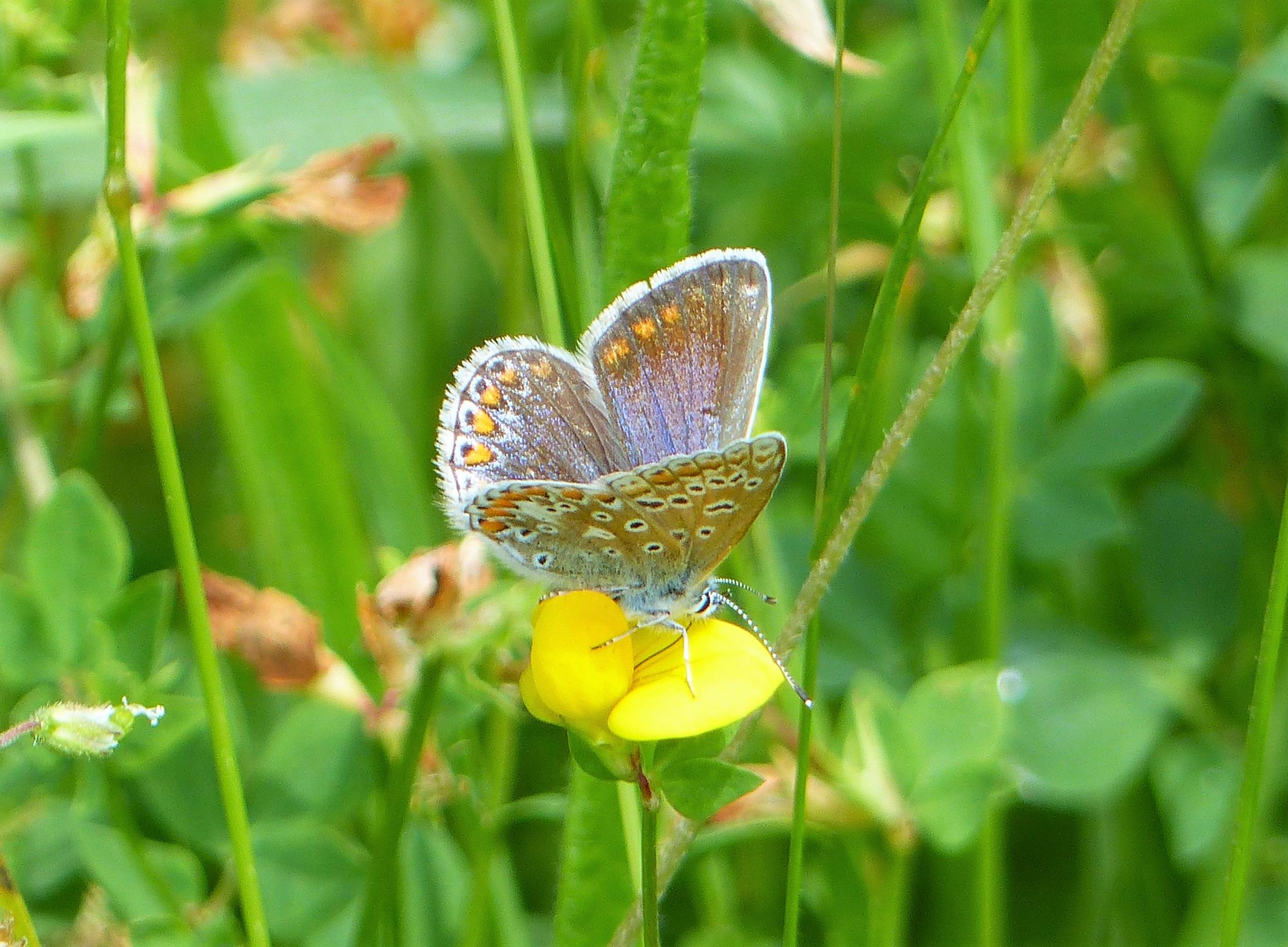 JULY – what to look out for

July is the start of high summer. The flowers and insects are at their best and busiest, but many of the birds will have finished nesting. In July and August many birds are winding down and moulting into a new set of feathers.

Some of the ducks may have late broods, especially if they lost their eggs of chicks first time around, but most of this year’s young will now be fledged. The adults now moult into their “eclipse” plumage. This is much less showy than their full breeding colours, particularly for the males and this makes them very hard to tell from the females.

In the Fields and Hedges

Here are some of the flowers and butterflies that are showing along the paths this month which will give you some ideas of what to look out for as you walk around the reserve in July.

These are two plants with mauve and white flowers, but they are easy to tell apart. Both are common wayside flowers.

There are lots of different types of St John’s Wort, but they are really hard to tell apart. It’s also quite a common garden plant.

Meadowsweet is a plant of marshy places and it grows beside the rhynes.

Melilot is very common in the Sanctuary, but also grows beside the paths.

Later in the year Teasel is a favourite with Goldfinches. They love pecking the seeds out of the spikey heads

These two straggly plants with tiny flowers are both Bedstraws and are closely related but easy to tell apart. One has white flowers and the other one yellow.

The name comes from the fact that in bygone times these plants were used to stuff mattresses because they contain a chemical that repels fleas!

Some butterflies are easy to recognise – like these two! Here they are feeding on thistle flowers, but both of them love Buddleia flowers, which make it a great shrub to have in your garden.

There are lots of brown butterflies around at this time of year and they are not so easy to tell apart.

The Gatekeeper loves hedges, especially those with bramble flowers and there are lots of those along the reserve tracks!

The Meadow Brown, as its name suggests, tends to stay out in the grassy areas and it’s a much duller brown than the others.

The Comma is a really vivid orange on top but darker brown underneath when it closes its wings. It has jagged edges to its wings and if you look carefully at the photo you can see the little white mark on the underside of its wing which is what gives it its name. It also loves bramble flowers.

One result of the dry, hot weather in July is that the elm trees on Wharf Lane start to show the effects of Dutch Elm Disease. The stress of the dry weather seems to weaken the trees and branches start to die. Soon this spreads to the whole tree – as you can see from these photos. New elm suckers will sprout up from the roots and grow into new trees, but these trees will probably die off again when they reach a certain size.

We hope you enjoy your visits to the reserve and that you see some of the wildlife we’ve described.

Category: what to look for

← Salt Marshes Day
AUGUST – What to look out for →

This site uses Akismet to reduce spam. Learn how your comment data is processed.