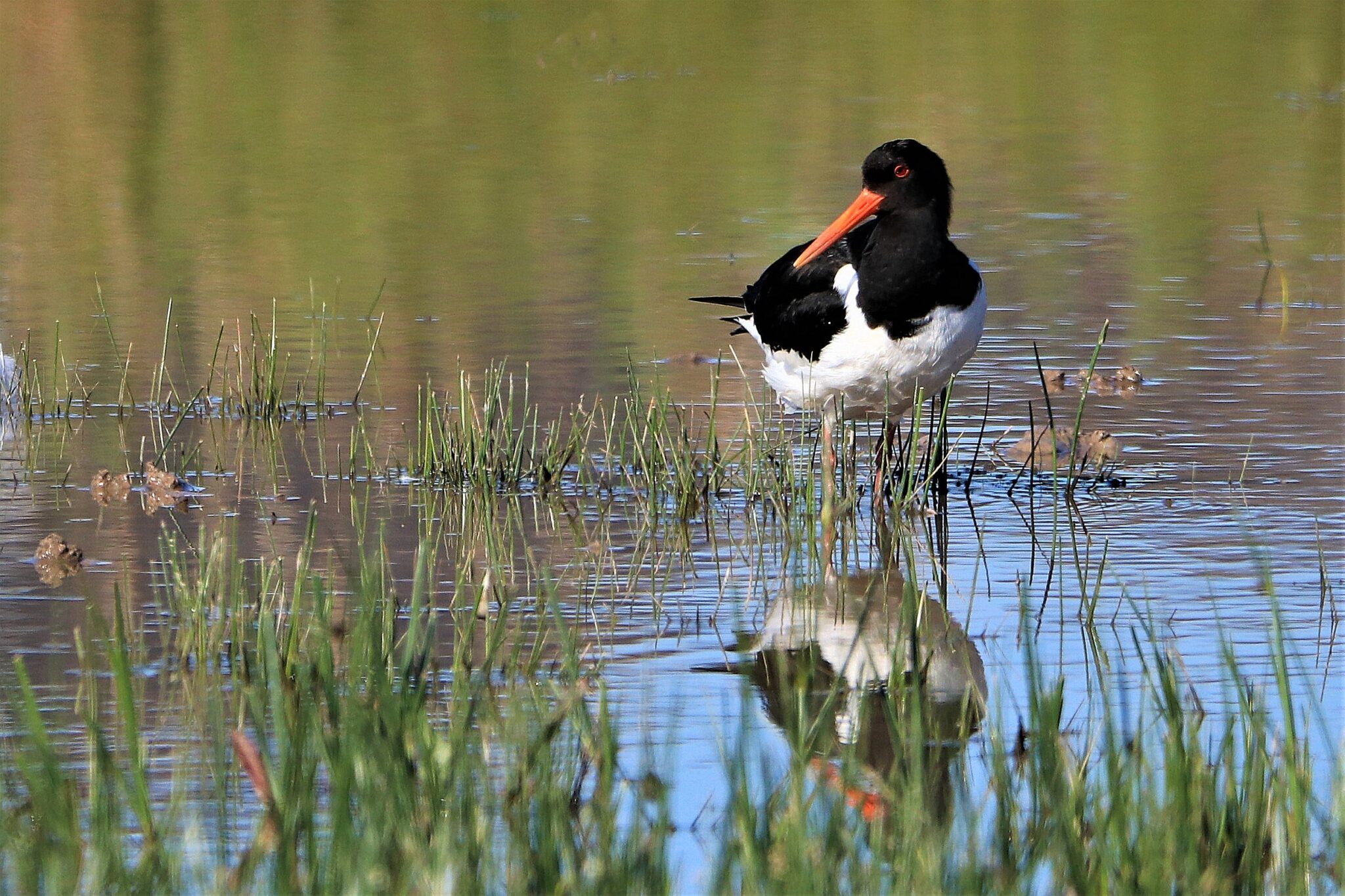 One of the slightly easier birds to identify is the Oystercatcher

The Oystercatcher is a black and white bird with a bright red beak, red eye and pink legs and feet. It is quite a noisy bird with a loud peep-ing call like a referee’s whistle. So you often hear them before you see them.

There are 12 species of Oystercatchers worldwide, the thirteenth, the Canary Island Oystercatcher, became extinct in the 20 century. Our Eurasian Oystercatcher is on the amber list of concern while other species are at even greater risk. Ours is probably the lightest of the oystercatchers, just a tad heavier than a loaf of bread.

They were once called sea-pie. It was Mark Catesby, an eighteenth century English naturalist who renamed them. As well as oysters they eat other shellfish particularly mussels and cockles. They use their strong flattened bills to prise their catch open. Though over the last 50 years some have taken to living on inland waterways and lakes instead. These non-coastal birds feed on worms and insect larvae so their dinner is slightly easier to access!

Where to see the Oystercatcher

Look out for Oystercatchers by the pools on the Nature Reserve and along the Estuary. They can be seen all year round but numbers may increase in winter with the arrival of birds from Scandinavia.

← Whimbrels passing through
JUNE – what to look out for →

This site uses Akismet to reduce spam. Learn how your comment data is processed.